August 21, 2013 – Many moons ago when I was a young and impressionable kid, there appeared in our neighborhood a blue motorcycle, which whizzed by at break-neck speeds, and seemed to explode in a high pitched scream when it “came on the cam” during full accelerations.  This blue streak, ridden by an “older” guy (maybe 18), soon gained a reputation for speed and sound with the locals, including the local “fuzz”.  I knew I had to have some of that!  So, as the Beach Boys put it “I saved my pennies, and I saved my dimes” from part time jobs and full time swaps.  Soon, when the rider’s father (who was the real owner of the bike) decided it was best that it find a new home, I was ready.  Seeing how my father, after learning of some of my antics on a 165 Puch, had already predicted I would not live to be 15, I knew better than to ask him to buy this for me or to sign so I could purchase it with my own money.  However, after some creative negotiations with the owner and his son, I rode away with everyone being happy.

Yep, I rode away on my 1958 Zundapp Citation, 500 cc, overhead cam, air cooled vertical twin.  It was a beautiful bike…perfect finish of blue and chrome, valanced fenders, compressive grips, and seat for two.  It would cruise with a kitten’s purr, then, with a couple of down-shifts, explode in furry as the engine wound up, emitting a unique high-pitched scream from the “megaphone” pipes. as they were called in the day.

No doubt it seemed bigger than life to a kid of 15.  But it was FAST.  We lived in a rural area with little or no traffic law enforcement.  The nearest town was 16 miles away.  The public road drag strip was 2 miles away.  Every road was a road course.  Street racing was an every Saturday night affair for most, and nightly for the devoted.  In the months to come, we had solidified a well earned…if unwanted…reputation.  Still living are men who will testify to riding shotgun at 100 mph on gravel roads in the moonlight…ONLY moonlight, about 100 mph ramping over hilltops on country roads, and wheelies, wheelies, wheelies with the (Zundapp) fool at the helm.  The just-out-of-high-school guys would come out from town, only to go home with a little less cash and a lot less pride.  In no time I had earned back my purchase price and then some.  Those that fell included 409 Chevys, ‘Vettes, Hemi’s, Sportsters, Thunderbolts, and Bonny’s.   Looking now at the stats for those machines may invite skepticism.  I guess the edge was a 110 pound kid who knew how to ride and who knew no fear.  Then one night I went against a just-on-the-market BSA Lightning and a guy as good or as foolish as I.   It was all over.  I sold the Citation to the first guy with the cash who was from outside our area, and began saving until I could buy a new Lightning.

Since the BSA, I have owned several other “hotsies of the day” including the Kawasaki H2, CB1100F, and a couple of Ninja’s.  I have ridden each of these, let’s say, “aggressively”.  Still, I would trade all of them for my first love, that blue & chrome, screaming Citation….
…..just call me an old Zundapp fool. 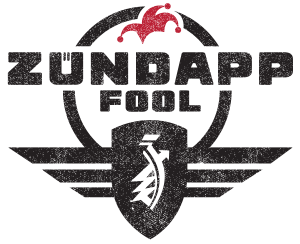 The link to the old website will be available until we have everything updated in the new format.